The 2022 New American Banjo Festival was a huge success due in large part to your efforts. Thank you for all of your support and hard work!

We give thanks to these people and organizations:

Thank you to everyone who attended the live performance at the Shea Theater and to Live Stream Donors.

The New American Banjo Festival will take place, April 23, 2022. The Festival Concert will take place live at the Shea Theater Art Center in Turners Falls, MA, and streamed live. The New American Banjo Festival will explore interesting and unique performance styles old and new; has a historical and cultural component, focusing on the banjo in New England and beyond. This year’s focus is on Classic Finger Style Banjo. There will be an admission fee for the live concert. The live stream is free, but donations will be accepted.

NixWorks and Allyance Productions will facilitate the streaming performances. Detailed information on artists, presenters, schedule and registration can be found on the festival webpage at /p/1033/New-American-Banjo-Festival, and on the Facebook page at https://www.facebook.com/NewAmericanBanjoFestival.

Sponsors for the festival are The Shea Theater, RiverCulture, and Greenfield Cooperative Bank. This program is supported in part by a grant from the following local agencies, which are supported by the Mass Cultural Council, a state agency: Bernardston, Buckland, Charlemont-Hawley, Colrain, Conway, Montague, Northfield, Shelburne, and Warwick, 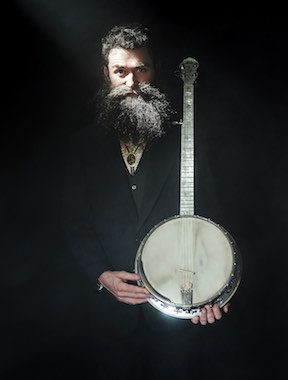 As a banjoist, Lewis explores some interesting veins in the roots of Old Time, Bluegrass, Ragtime and Jazz music through his newest recording, “Mozart of the Banjo: The Joe Morley Project.” This project is devoted to the music of the great English prodigy and virtuoso composer Joe Morley (1867-1937), who wrote a significant body of great banjo pieces in a technique that people today call “classic fingerstyle.” Greg Adams, Archivist at the Smithsonian Center for Folklife and Cultural Heritage, says, “Lewis is one of the few performing musicians with the facility to build compelling musical bridges between the printed banjo music and techniques of the 19th century and the instrument’s journey into recorded sound by the turn of the 20th century.” 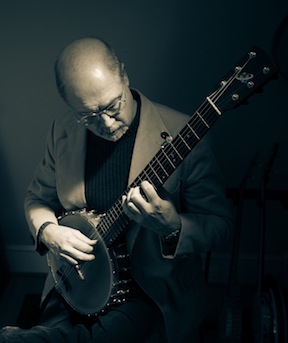 Nix performs on classical guitar, banjo, and mandolin throughout the United States and Asia, and he has recorded for the PBS series “American Experience”, independent documentaries, and numerous CD projects. His compositions are performed internationally. His music has been heard on “Weekend Edition”, and other NPR programs. Recently Nix performed his compositions at the Smithsonian Museum of American History, and participated in Seegerfest 2014, commemorating the life of Pete Seeger.