Michael Nix designed the seven string Banjar, combining elements of the classic five string banjo and the classical guitar. The seven high tension nylon strings sound somewhat like a cross between the banjo and a lute or harpsichord.

People have described Nix's concerts as "touching" and "transcendent". He combines lyrical expression with an insatiable musical curiosity to forge an intriguing performance style.

Nix has received numerous awards and commissions for his compositions, and has performed throughout the United States and Asia as a soloist.

The Development of the Seven String Classical Banjo

Origins of the Banjo

Instruments with a skin stretched over a gourd or hoop have been constructed and played in the Far East, the Middle East, and Africa from early antiquity.

The slave trade brought the instrument to the Americas. The earliest reference from 1678 mentions a "banza" in Martinique. From this point forward there is consistent reference to the instrument in historical documents. In 1781 Thomas Jefferson writes: "The instrument proper to the [slaves] is the Banjar, which they brought hither from Africa."

From the 1830's through the 1860's the 5 string banjo was used in minstrel shows, an early form of American Popular music, played in the "frailing" style with the back of a finger and the thumb.

The Reconstruction following the Civil War began a period of increasing wealth in the middle class. Banjos became a popular mail order item. Following an interest in European style parlor music, classical guitar fingerstyle technique was developed for the banjo to replace the old minstrel "frailing" style. Classical and popular American parlor music was adapted to this style. Many high quality instruments were manufactured in Boston, and New York, setting a standard that is emulated today.

In England during the "Classical" period, it was common to add strings so that 6 or 7 string "zither" banjos were played.

The fingerstyle banjo remained popular in the U.S. until the early 1900's when the jazz era ushered in the popularity of the four string tenor which would become the favored instrument of the period.

The 5 string banjo once again began to overshadow the tenor as Bluegrass music exploded out of the south, fueled by radio, records, television, and movie sound tracks. The 5 string banjo found it's way into the cities of the Northeast in the great folk music revival of the late 1950's and 1960's with young virtuosos recording and writing widely published modern methods for the instrument.

Nix's background in bluegrass banjo and flat picking guitar developed in a seventeen year stint with tenor and guitarist Rick Fiske, and mandolinist Charlie Moser. They formed the core of several bands, the longest lived and most successful of which was "Whole Wheat". Whole Wheat was on the New Hampshire state touring program for several years in the 1980's, playing festivals, fairs, and colleges around New England. Michael worked out a unique banjo style, combining elements of Scruggs, melodic, and classical styles. Some rather avant-guarde banjo styling was presented at the Newfane, Vermont banjo contest with an jazzy atonal version of "Devil's Dream" called "Devils Nightmare".

Nix began applying the banjo to classical music in college. He set Scheidler's sonata in D Major for Violin and Guitar for Mandolin and Banjo, and performed it with Charlie Moser on an April fools recital. He began to play serious new music with banjo parts (George Crumbs "Night of the Four Moons").

The use of banjo in several large scale compositions gave Nix an opportunity to explore plectrum and tenor banjo styles. He has performed the music from Weill's "Three Penny Opera". He played "Rhapsody in Blue" with both the Pioneer Valley Symphony, and the Western Massachusetts Wind Ensemble.

He transcribed the Bach cello suites for tenor banjo, and has performed several of them in concert. He explored the early 20th century repertoire by transcribing some works from 78 rpm recordings. One work "Ghost Dance", an arrangement by Fred Bacon was taken from a disc that was issued with a Bacon tenor that belonged to Francis LaPierre, a professional tenor banjoist from Western Massachusetts.

In the summer of 2002 Nix developed a concert program surveying banjos styles for Stowe Performing Arts in Vermont, and for the Pocumtuck Valley Memorial Association concerts in Deerfield, MA. Tony Creamer, of Fretted Instruments Workshop in Amherst, MA, lent Michael a 1935 Bacon Profession Model with an interior resonator, strung with gut strings. Michael wrote a variations set on "Spanish Fandango", the famous pedagogical classical banjo melody for the instrument. Francis LaPierre's son Rick lent Michael a 1910 Cole banjo mandolin from his collection. He played Bach's Cello Suite #1, and the "Ghost Dance" on his own open back tenor.

After working on the concert Nix concluded that he wanted to develop a banjo that could maintain an intregal bass line like the lute or guitar, have a dark, rich powerful, sustaining tone, and use the high tension strings of the classical guitar.

A little research revealed seven string banjos were popular in England in the 1800's...and it seemed like some modern materials and design could be applied to the concept.

Michael and Rick LaPierre took in an exhibit of the banjo collection of James F. Bollman at The Museum of Our Natural Heritage in Lexington, MA. looking for design ideas, and soaking up some banjo making history.

The open back banjo produced a rounder, less "cupped" sound than the resonator. There seemed to be a greater control and diversity of timbre.

A number of different head materials were considered. Natural materials such as calf or goat skin lost tension in humidity, drastically altering the tuning on summer days. White plastic head produced a sharp, unpleasant tone, and the Fiberskyn heads were a little too dull. A head of timpani material was chosen for it's ringing and sustaining qualities.

Michael sketched out the design for the instrument, and approached Tony Creamer for his input, and for help in finding a banjo maker. Tony recommended Bart Reider, and Michael Ramsey, both fine makers of historical open back banjo's. After playing instruments of both makers, Michael chose Ramsey for the richness of tone that he brought to his instruments. Ramsey completed the instrument in March of 2004.

Michael was unhappy with the sound of a traditional banjo bridge. The footed bridge gave the instrument a lot of cross vibration between strings, which obscured the individual voices so necessary for the polyphonic classical style. He asked Ivon Schmuckler of the Leeds Guitarmaker's School to work with him to design a bridge that would give some of the sustain in the bass and tone of the classical guitar, and retain the sweet openness of the banjo. Ivon came up with solid bridge with cut outs in various places, sustaining the bass, and opening up the treble.

The name of this instrument, the Banjar, reflects both the reference to the historical name of the banjo, and to the hybrid nature, a cross between the banjo and guitar...a Banjar!

Nix uses a number of tunings for the instrument. The most commonly used are:

The Banjar was given it's premier at a NixWorks Series Concert on March 20, 2004 at the Ariel Jones in Turners Falls , MA. Nix performed three Stephen Foster songs with Mezzo Soprano Eileen Ruby, and his solo Variations on Greensleeves. A week later he performed the Foster Program and his own set of variations for the seven string banjo on "Spanish Fandango" at the Gilford Community Church in Gilford, NH. The first full solo program was performed at the Coop Concerts at The Station in Greenfield, MA on 6/17/04.

Banjar! The art of the modern 7-string banjo

Michael Nix on the Banjar. Recorded at the Pushkin, in Greenfield, MA. 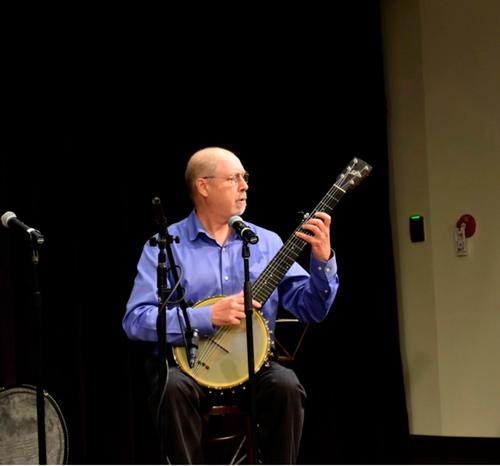 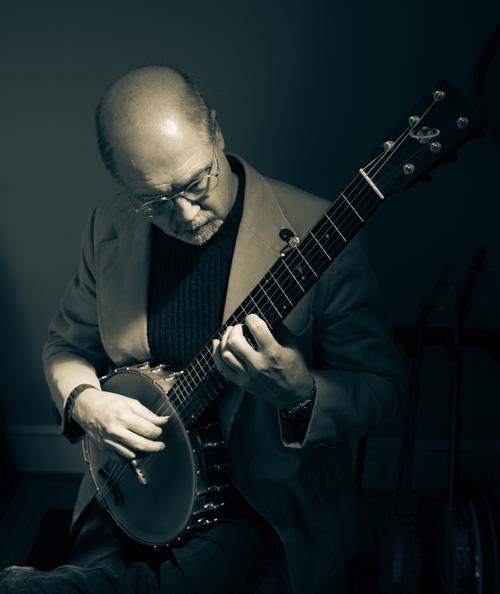 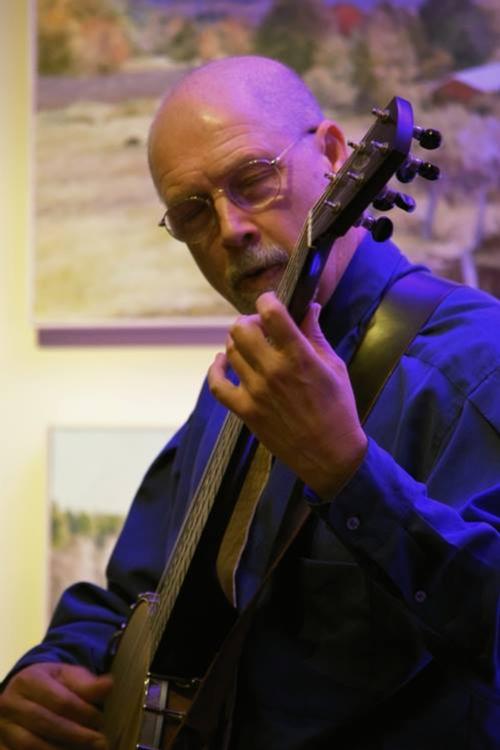 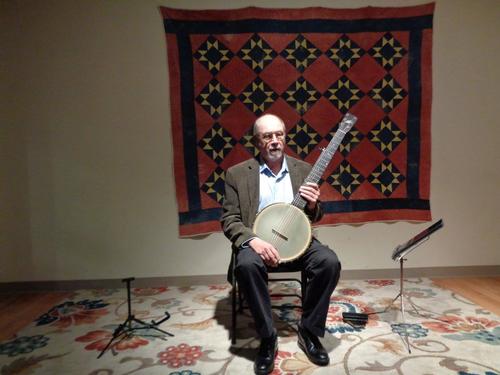 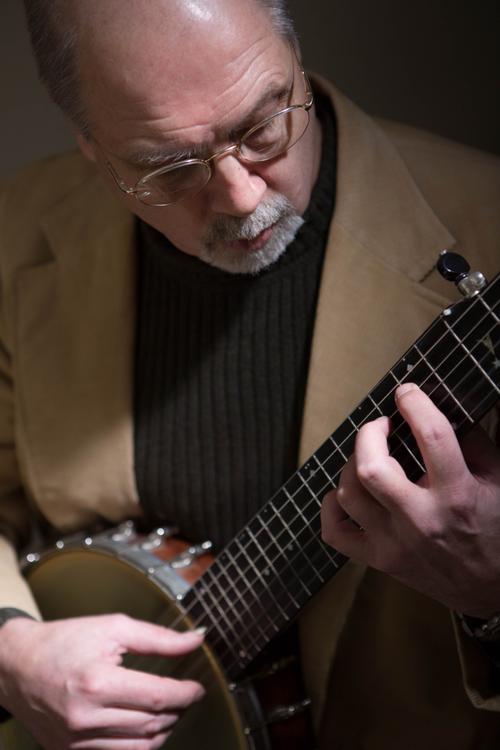 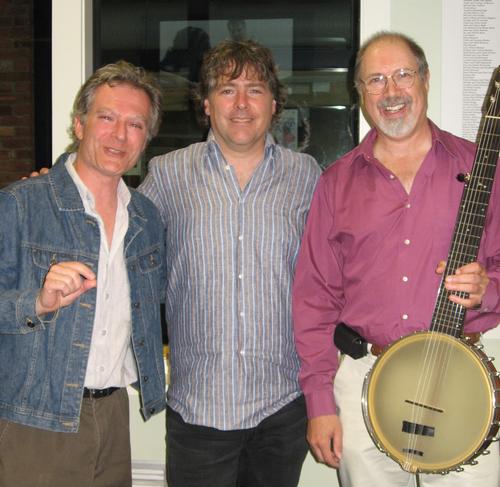 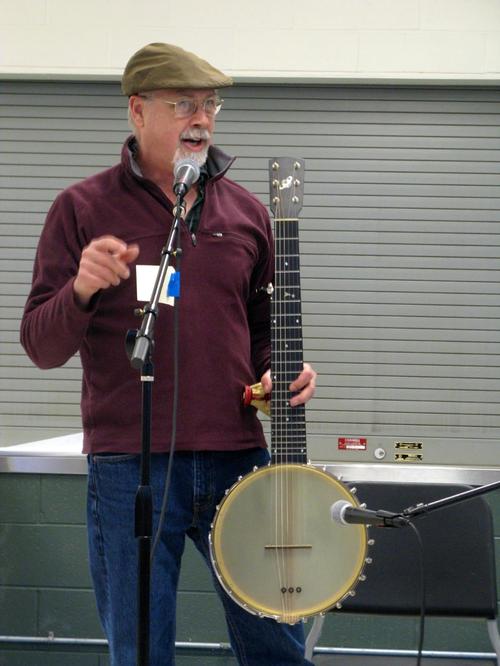 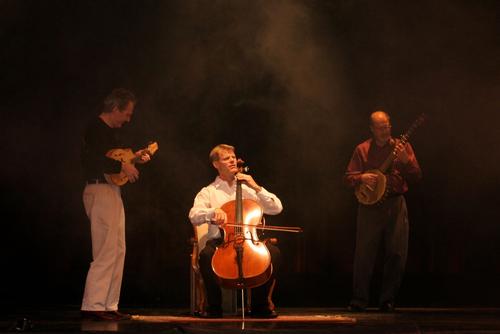 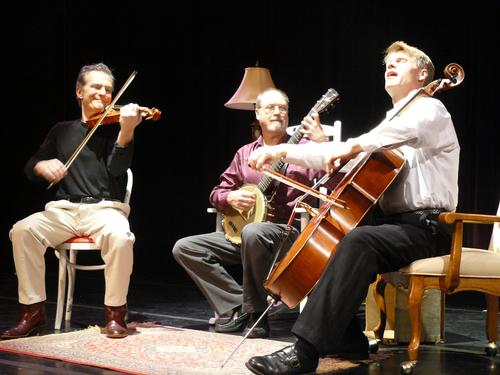 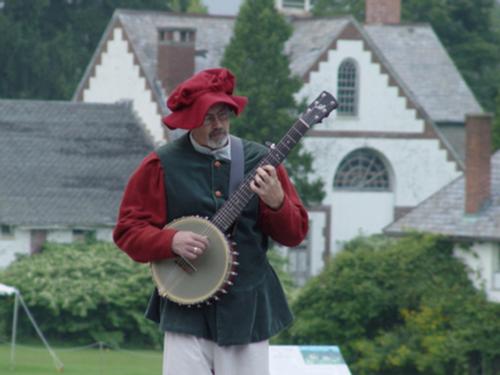